The inauguration of the Jiaozi Avenue in Chengdu and the Fire Ring.

In recent years, major cities have stepped up to take the peaks of the "consumer economy".

On August 20th, the 2021 Chengdu "Three New" Life Festival kick-off and Jiaozi Avenue opening ceremony was held in Chengdu. The launch focused on the above eight consumption scenes, presenting the innovative measures of Chengdu's creation of an international consumption center city in recent years. Experts, scholars, representatives of enterprises and institutions from the consumer field gathered in Chengdu. 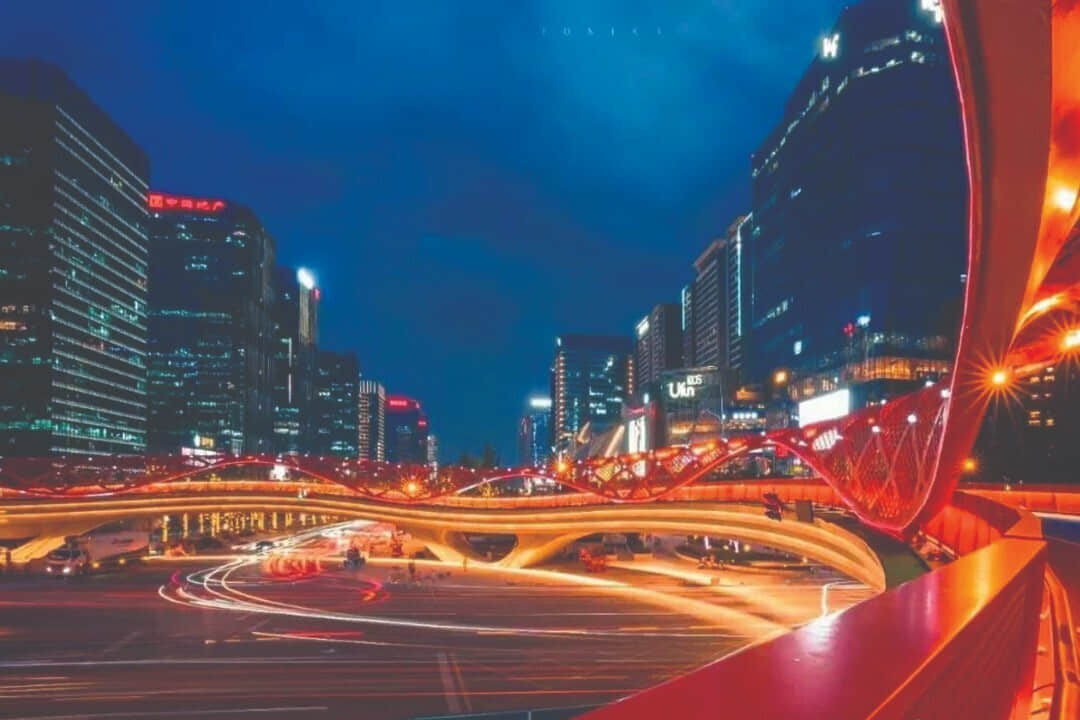 In the "City Business Charm Ranking List", Chengdu has been ranked first in the "New First-tier Cities" for many consecutive years, leading in the three main indicators of commercial resource concentration, urban population activity, and lifestyle diversity.

Several iconic bridges in Chengdu have turned into WeChat-moments-spam over the last year and during the “Three New” Life Festival a jaw dropper has just been unveiled, in Chengdu’s financial district. Indeed, among all the iconic moments during the festival we can’t not mention the inauguration of the Jiaozi Bridge which added another clocking point in the south of the city.

The "Jiaozi Ring" and the light show of the Tianfu Twin Towers of the City added gorgeous color to the night sky. Many citizens came here to witness the opening ceremony. 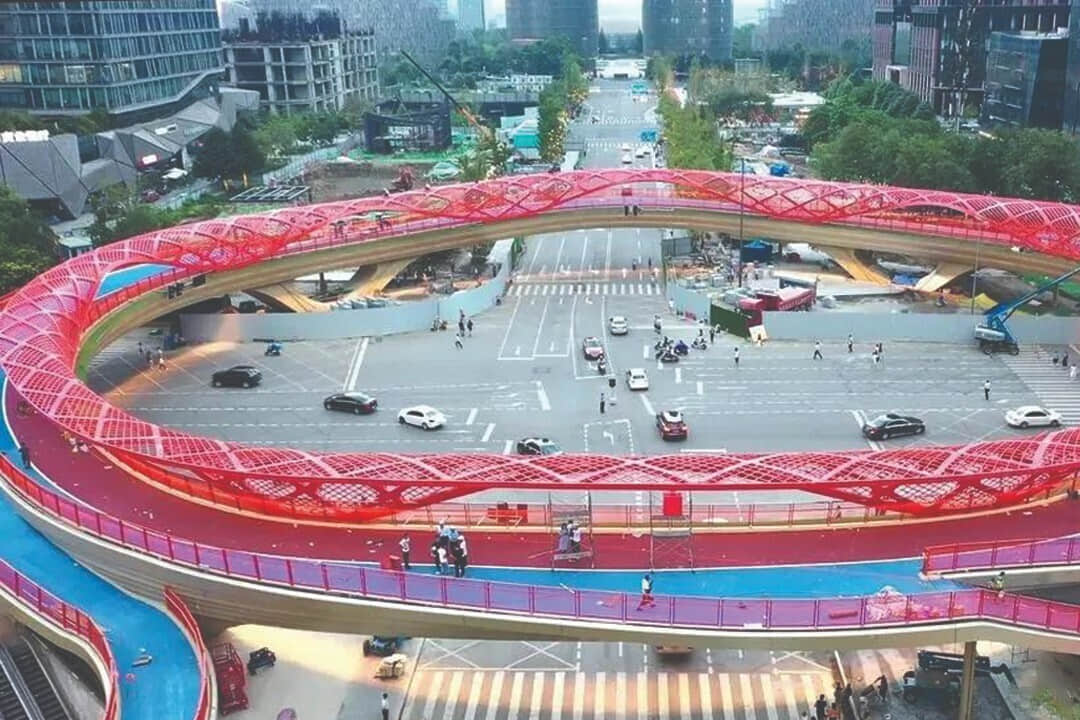 Chengdu's "Jiaozi Ring" landscape bridge, with an inner diameter of 90 meters and an outer diameter of 110 meters, is based on the element of "Jiaozi", the world's first paper money, which was born in Chengdu during the Northern Song Dynasty, and fully demonstrates the culture and historical significance of Bashu.

We’re guessing this inspiration comes from the fact it’s straddling the financial district. Its shape is said to come from the copper coin pattern the first paper currency. In the design, floating curves are used to show the softness of the paper. 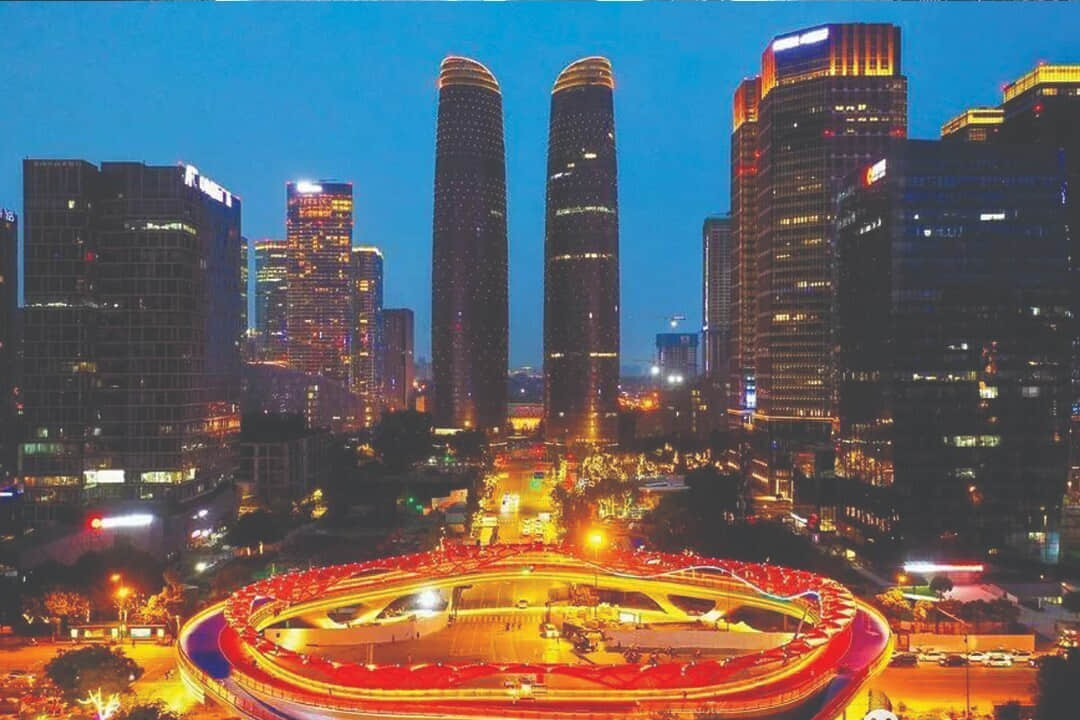 The Jiaozi Ring, also called Fire Ring, is located directly opposite the twin towers of Chengdu’s Financial City. It is of course, China red. The unique network structure on the bridge has a flexible looking design, like string. The Jiaozi Ring is the first pedestrian overpass with ‘multiple functions’ in China.

It is a very good place to watch the light show here. Standing on the landscape bridge, you can not only have a very good view, but also have a good view of the light tube show of the Financial Twin Towers. The night view of Yizhou Avenue also comes into view.